Over at Dispatches from the Culture War Ed Brayton is reporting that there is yet another bill mandating a transvaginal ultrasound (otherwise known as the Religious Rape Rod) for women seeking an abortion. The Republicans really just can’t hop off the Rape Train, can they? This time, it’s in Arkansas. Oh, Arkansas! Thank you so much for making the fact that I’m from Oklahoma seem like it’s not so bad. You guys and Texas are the best–and by best I mean worse than us.

So, what exactly does this bill entail?

As promised Sen. Jason Rapert and a gang of anti-abortion Republicans i…

I had to look up “Sen. Jason Rapert” to make sure he was real and this wasn’t some kind of sick joke. Turns out, he’s real. I thought it was only in comic books that villains had such appropriate names. Do they also have state senators named Victor von Doom, Mister Sinister, and Dicky McRapes-A-Lot? 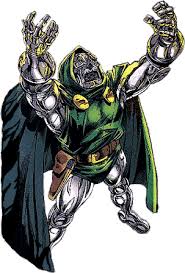 So, how does Senator Rapey Fuck-noggin describe himself?

Jason is the founder and former president of Holy Ghost Ministries, Inc. (HGM), a faith based humanitarian missions organization providing clean water and assistance to the poor and orphans in Ghana West Africa, Uganda and the Philippines.  His vision was to simply help those who cannot help themselves and has based the organization upon the idea of “Serving God by Serving Others”.

Well, God does like rape. We even have footage of him saying so. At least, I think that’s him…

Give me a moment to take a sip of beer before I read another sentence from his self-description.

Today, Jason is a financial advisor and co-owner of Rapert & Pillow Financial.

Less surprising is his issues page.  As one might expect, he takes the evil/stupid position on pretty much every issue imaginable. I hope this name thing starts a new trend. It’ll be easier to spot the woman-hating, poor-bashing, homophobic, racist, superstitious right wing fuck-nuggets in government if the rest of them all made it this obvious that they’re evil. It might catch at least a few people’s attention if they’re asked to vote for Ralph Baby-Smasher or Jenny No-Health-Care-for-You or Money-bags McFuckThePoor. Sadly, though, I’m pretty sure they’d still get elected. There are a lot of dumb people out there, and dumb people loves them some evil.

Dumb people also love their leaders to be as dumb as they are, and vote accordingly. This case is no exception. As you might imagine, Senator Goatfucker doesn’t have a very good grasp on the facts.

“I’m asking you to stand up for life, and I believe when there is a heartbeat, based upon even the standard the Supreme Court has utilized, you cannot have a viable child without a heartbeat,” Sen. Jason Rapert, the bill’s sponsor, told lawmakers before they approved the legislation.

You can’t have a viable child with just a heartbeat either, nimrod. You obviously have no familiarity with the standard the Supreme Court has “utilized” (you can always spot a finance MBA by the fact that they can’t utilize the word “use”). Of course, familiarizing oneself with such matters would require reading, and other elitist bullshit like thinking.

And yes, the legislation passed. The Arkansas state senate voted “yes” on a bill for raping pregnant women proposed by a guy named Rapert who thinks that a heartbeat is all you need to have a child (FSM only knows how he treats his own children). Be afraid, rational people in Arkansas. Be very afraid.